As a result of the ever-greater role of the media and the hitches observed at earlier Olympic Games, the Organising Committee for the Barcelona’92 Olympic Games (COOB’92) decided to create a specific Publications Department to take charge of supervising and ensuring the consistency of everything that was published. I

n the first instance, the Yves Zimmerman studio was commissioned to come up with a unique, uniform design for all COOB92 publications. For internal publications such as weekly press releases, internal reports for the Olympic Family, etc., an agreement was entered into with Rank-Xerox. As a collaborating partner of COOB’92, that company set up a Publications Centre that benefitted from highly efficient technology.

For external publications, the official supplier of COOB’92 was a large publisher. In accordance with the Olympic Charter, COOB’92 had to send an explanatory booklet for each sport to the International Olympic Committee (IOC), the International Federations (IFs) and all the National Olympic Committees (NOCs) one year before the start of the Olympic Games. Due to the logistics involved, a specific Publications Plan was drafted, which covered every publication eventuality from books and posters to accreditations and stickers.

The major challenge, the outcome of which was a clear sign of the success of this section, was that all publications had to be in four languages: Catalan, Spanish, English and French. Hence the creation of the Language Services Department. After the Olympic Games, the Publications Centre continued working on the production of final reports and the Official Report. Then, the COOB’92 publication holdings were automatically transferred to the archive of the Barcelona Olympic Foundation. 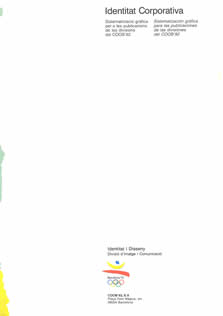 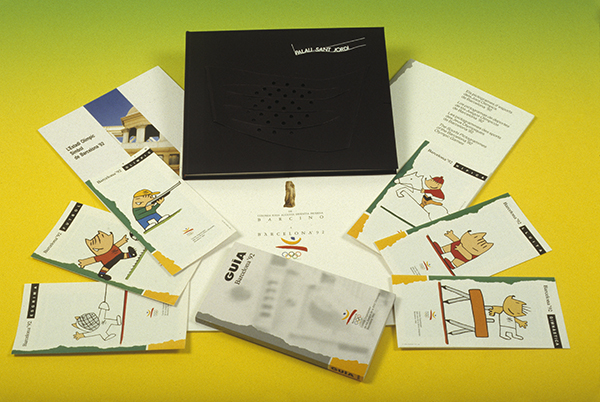