The Barcelona’92 Games’ cultural, social and political legacy can be divided in five branches: the improved cultural equipment, the volunteers network, the new forms of cooperation amongst stakeholders, the cultural and university institutions and the citizens pride, sense of belonging and self-esteem.

4-year model cultural programme (1989-1992), linked to the investment in cultural equipment and activity in the city.

Development of a citizen network support sport in the city: Voluntaris 2000

Devoted to research, preserve and disseminate knowledge on sport and the Olympics:

Two of the pillars of the Barcelona’92 legacy strategy were image and reputation. The search and achievement of an internationally recognised organisational excellence in the planning and implementation processes of the Games resulted in a feeling of pride amongst not only those involved in the event but citizens in general.

The Barcelona Games have been widely heralded as a success in the media, their organisational model has affected IOC policy (Felli 2002, 65-77), and have influenced other Games editions. That feeling, together with the strategy used to communicate a new constructed image of Barcelona to position it internationally as a modern European city, a tourism destination, a cultural and a sports city, resulted in an increased national pride amongst citizens. 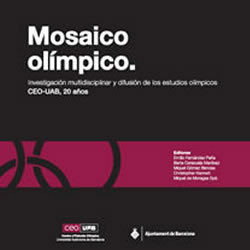 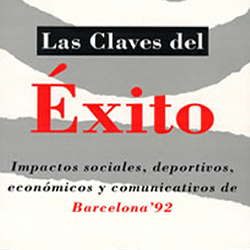