During the Games of the XXV Olympiad,the dressage and the three-day event endurance test were held at El Montanyà Equestrian Centre. The centre was also used for training and stabling the horses participating in the three-day event.

The Equestrian Centre is in the Montanyà Estate located in the district of Osona, between the towns of Seva and El Brull. The estate contains a golf course, a private equestrian club and their corresponding service areas. It covers more than 200 hectares and has all the necessary facilities for each phase of this event. The International Equestrian Three-day Event, part of the Competitions’91 programme, was held at the centre from 27 to 30 June 1991.

The cost of increasing the number of permanent boxes and refurbishing them, the course layout, the improvements made to the surrounding area and accesses to the facility as well as the Olympic adaptation of the centre were all financed by COOB’92.

The Montanyà Equestrian Centre stabling are a consists of a group of four buildings on different levels, a stable yard and an indoor dressage arena.

One of the main aspects of the adaptation project was public access since there was no public transport to the facility yet a large number of spectators was expected due to the spectacular nature of the competition. 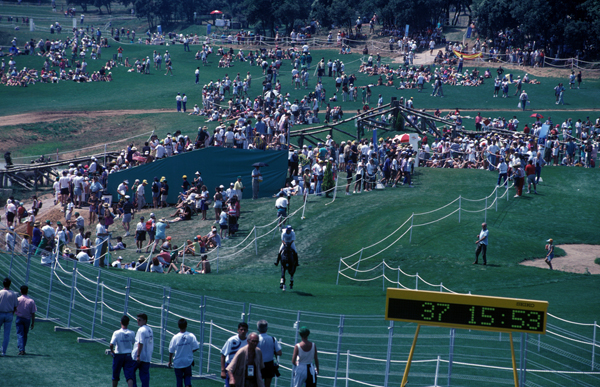