The Reus Sports Pavilion construction began in 1990 on the occasion of the Olympic Games to host the semifinals of roller hockey, demonstration sport at the Olympic games which was also played in the Sant Sadurní and Vic subsites.

It was conceived as a multidisciplinary space, to practice different sports, with an area of 1,971 m². In the stands there is a capacity for 3,400 spectators and, under those, locker rooms, utility rooms and a community center were built.

Reus is located 24 km west of Tarragona. The medieval village grew in the twelfth century around the castle and church of Santa Maria. In the nineteenth century it suffered a major urban growth.

The city has very important modernist buildings and its economic activity is focused on rain fed agriculture, poultry and textile industry.

During the Barcelona ’92 Games Reus hosted the roller hockey semifinals matches, one of the three demonstration sports of the XXVth Olympics (it was also played in the Sant Sadurní and Vic subsites) and for this occasion the Reus Sports Pavilion was built.

Reus has a long tradition in the practice of roller hockey, since it has two teams, the Reus Deportiu, founded in 1909, and the Reus Ploms, which has gained some titles statewide and organizes every two years the International Sports Photography Convention FOTOSPORT. 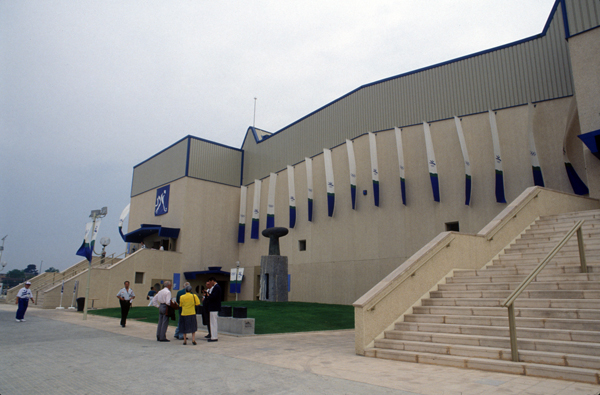