The Sports Complex Feixa Llarga in the L’Hospitalet de Llobregat subsite was built on the occasion of the Olympic Games in Barcelona ’92 to host, along with the Viladecans subsite, the baseball competitions.

It was built behind the health center Príncipes de España between 1990 and 1991, time in which was held the Intercontinental Cup Baseball.

L’Hospitalet de Llobregat borders Barcelona on the west side, extends along the left bank of the Llobregat river and is the second most populated city of Catalonia.

Although it has been found Roman ruins it is believed that the city has medieval origins, when the core of the city grew around the parish of Santa Eulalia de Provençana, next to a Hospital that had the function of inn for travelers going to Barcelona by the royal path. Their industry has grown in the metallurgical, chemical and construction sector.

While L’Hospitalet de Llobregat did not have a long sporting tradition before the Olympics, it certainly did once the sports complex was built.

It can also be emphasized that 8,000 young people from L’Hospitalet de Llobregat offered as volunteers for the Games, setting the record for the Games percentage of volunteers on the number of city dwellers. 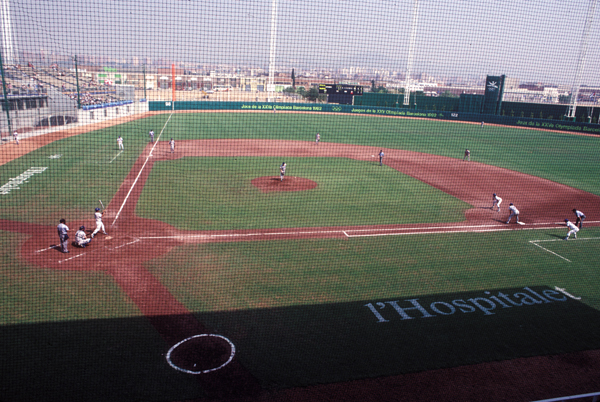