The sports center in the Granollerssubsite was built on the occasion of the Barcelona’92 Olympic Games to host the male and female handball competitions up to the semifinals.

The construction began in 1989 and opened in mid-1991 to receive, before the Games competitions, an international handball championship.

Along with the construction of the Sports Center was also carried out improvement and urbanization of the Tres Torres area, where the Center it is located.

Granollers is located 32 km from Barcelona and has Roman origins, since it grew at the crossroads of several major roads through the area, one of which was the Via Augusta. Ever since the Middle Ages was an important center of trade and in the nineteenth century it developed a vast Industrial fabric.

During the Barcelona ’92 Olympics the city hosted the male and female handball competitions up to the semifinals in the Granollers Pavilion, newly built.

The city has a lot of sport-honored institutions and sports facilities. The football club was formed in 1913, the athletics one in 1933, the basketball one in 1940 and the handball club in 1944. This one has won several titles at statewide level and also at European level. 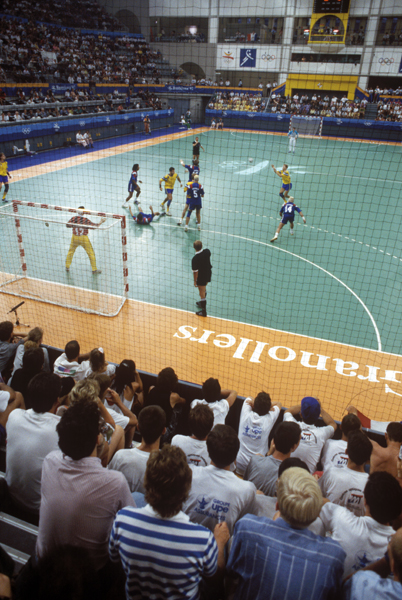